Find out more about Will or Kate

Find out more about Will or Kate

Send us a message

The story so far…

A life in music

Will and Kate are based in Surrey (UK) and both have a keen interest in singing. They attend the Junior Royal Academy of Music and are members of various choirs and ensembles. Alongside performing as soloists, they have recently begun to work together on a programme of vocal duets. This explores a wide range of musical styles, with arrangements and new commissions.

As part of their current plans to share their music more widely, Will and Kate have embarked on an ambitious project to record their favourite music, titled “Over the Rainbow”. Their new album will be available from December 4, 2020 on the Convivium label and it includes a number of newly commissioned duet arrangements by composer, George Arthur.

“This is a really wonderful collection of songs that truly shows off the stunning voices of Will and Kate, brother and sister choristers!! They both sing with great musicality and feeling and the blend between their two voices is quite stunning and works so very well. At times I struggled to decide who was singing, which is a great compliment to them both. The repertoire is wide and challenging, but they rise to the challenge in every piece, singing with great understanding of each different genre. There are some delicious arrangements by producer, George Richford, and everything is beautifully accompanied by Malcolm Archer.” Simon Lole

“It was a pleasure to arrange so many pieces especially for Will and Kate. Their voices share so many qualities whilst retaining their own individuality and this brings a particular quality to these songs. It was deeply moving to hear my new arrangement of ‘Over the Rainbow’, a song that has become so synonymous with the front-line staff and carers during this difficult year. They sing it with beauty and power.” George Arthur

“I was delighted when I heard that Will & Kate wanted to record my setting of the Pie Jesu on their album ‘Over the Rainbow’. Both have beautiful voices, & George Arthur’s arrangement, combining words from Duruflé’s In Paradisum, takes the piece in a new and surprising direction.” John Brunning 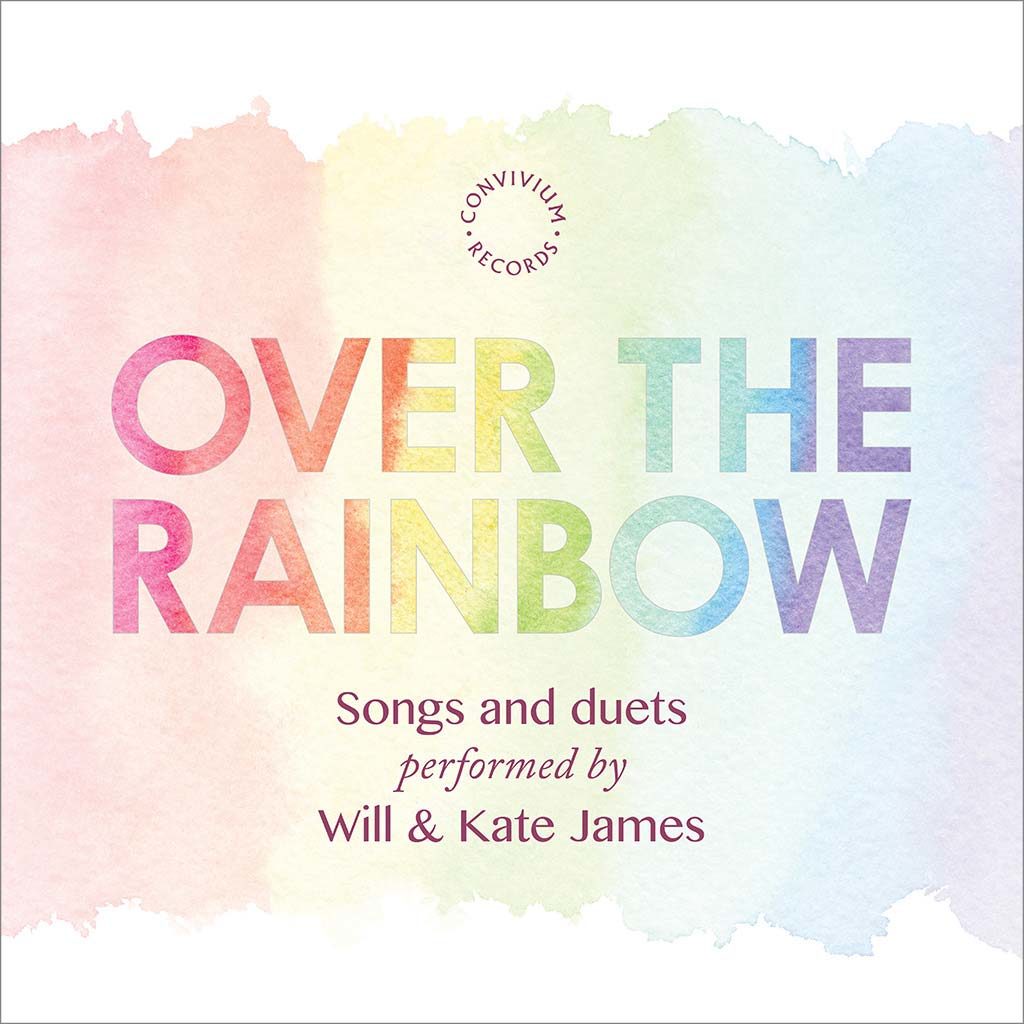 “Will and Kate James are two very promising young musicians. They both have beautiful voices and on ‘Over the Rainbow’ they sing a variety of repertoire with sincerity and skill. It was a great pleasure to accompany them.” Malcolm Archer

“I made this arrangement of O Little Town of Bethlehem for performance by the finalists at BBC Chorister of the Year a few years ago, and it’s absolutely wonderful to hear it again, sung by Will and Kate.  The brother and sister duo have a purity of tone that you only hear in young voices, and this recording reminds me of the reasons that I love to work with young people.  They present it beautifully, and I am thrilled that they have chosen to sing it on their debut recording.  Thank you, Will and Kate.” Bob Chilcott

Available on CD and in multiple digital formats directly through Convivium Records, iTunes, Spotify, Amazon and many other retailers and distributors. For more information, please visit Convivium Records.

Catch up with the latest developments

Over the Rainbow (Review by RSCM’s CMQ)

This is a soothing recital of meditative pieces sung by siblings Will and Kate James, two of […]

Over the Rainbow ★★★★★ (Review by Fanfare Magazine)

A celebration of youth in a cornucopia of well-chosen popular songs here. There is a touch […]

Over the Rainbow (Review by Expressive Audio)