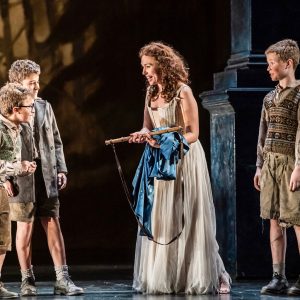 In November 2019, Will was fortunate enough to be cast as one of the three treble boy roles in the Royal Opera Company’s production of ‘Die Zauberflöte’.

Commenting in a review for London Unattached, Fiona MacLean writes… “The three boys, sung beautifully by Richard Wolfson, Joshua Abrams and Willam James appear in a Heath Robinson style flying wicker basket, complete with wings, Pappagano lures and catches a puppet bird to prove his prowess and the serpent in the opening sequence looks like a character from a medieval pageant.”

Commenting in a review for Opera Today, David Truslove writes… “The trio of Ladies (Kiandra Howarth, Hongni Wu and Nadine Weissmann) eventually found an accommodation in their ensembles, a quality brought off with great assurance by the three boys Richard Wolfson, Joshua Abrams and William James who made the most of their roles.”