O Give Thanks Unto The Lord

O Give Thanks Unto The Lord 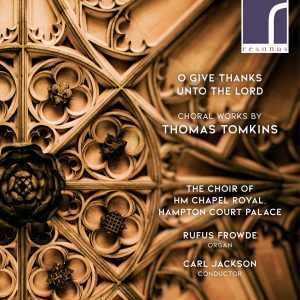 Will is currently a chorister at Hampton Court Palace and was delighted to be part of choir singing an album of early-seventeenth century choral works by Thomas Tomkins (1572–1656) for Resonus Classics.

Featuring elaborate verse anthems, two settings of the Evensong canticles, and four-part psalm settings, this album reminds us of Tomkins’s prominence as one of the greatest Chapel Royal composers of the late English Renaissance.

The album was released in January 2020.

“What sets it apart from the Byrd recording is evident from the very start, with the distinctive sound of two boy trebles (Stephan Dyakonov & William James) dueting in “Death is swallowed up in victory”. Other principal boy soloists are Benedict Foley-Cook, Aimon Heese, Rowan Marshall & Andre Ugalde. The use of boy trebles, rather than sopranos, brings us far closer to Tomkins world than the Byrd recording, as does the recording venue in the Chapel Royal of Hampton Court Palace, the current version of which contains elements of the chapel that Tomkins would have known.” February 2020, Andrew Benson Wilson, Early Music Reviews

“The selection of works (including two recorded premiers, the verse anthem “Death is swallowed up in victory and the magnificat and “Nunc dimittis” of the Seventh Service) seems designed to take the road less travelled and throws up plenty of interest. The opener “Death is swallowed up” flickers with duelling treble soloists, whose dotted rhythms here crackle and spark with energy.” April 2020, Alexandra Coghlan, Gramophone